Hell Roaring (yet another evocotive Nahanni country name) creek is typical of the creeks in these parts.

Wide gravel flood plains to absorb the run off and excess flows from thunderstorms.  The Limestone geology of the mountains doesn't allow for much water absorption, so when the heavens open up, the water comes flowing right into the creeks.
We began hiking up Hell Roarings gravel highway late in the afternoon.  It was a hot, sunny day, and frequent wading kept us cool. 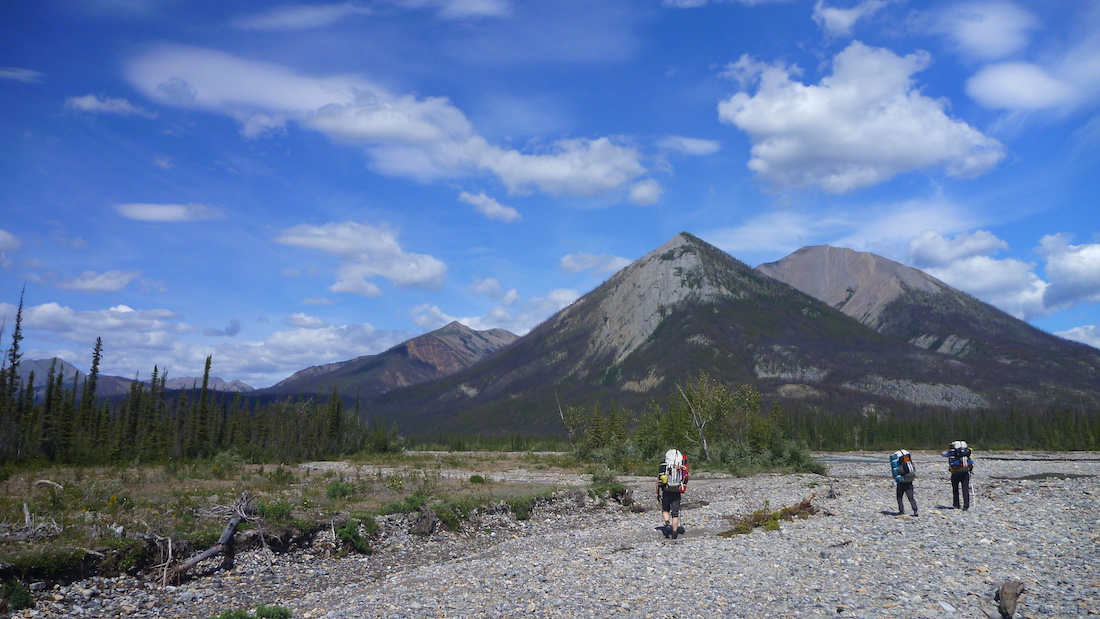 The creek constricted a few times allowing us to gaze at the high canyon walls. 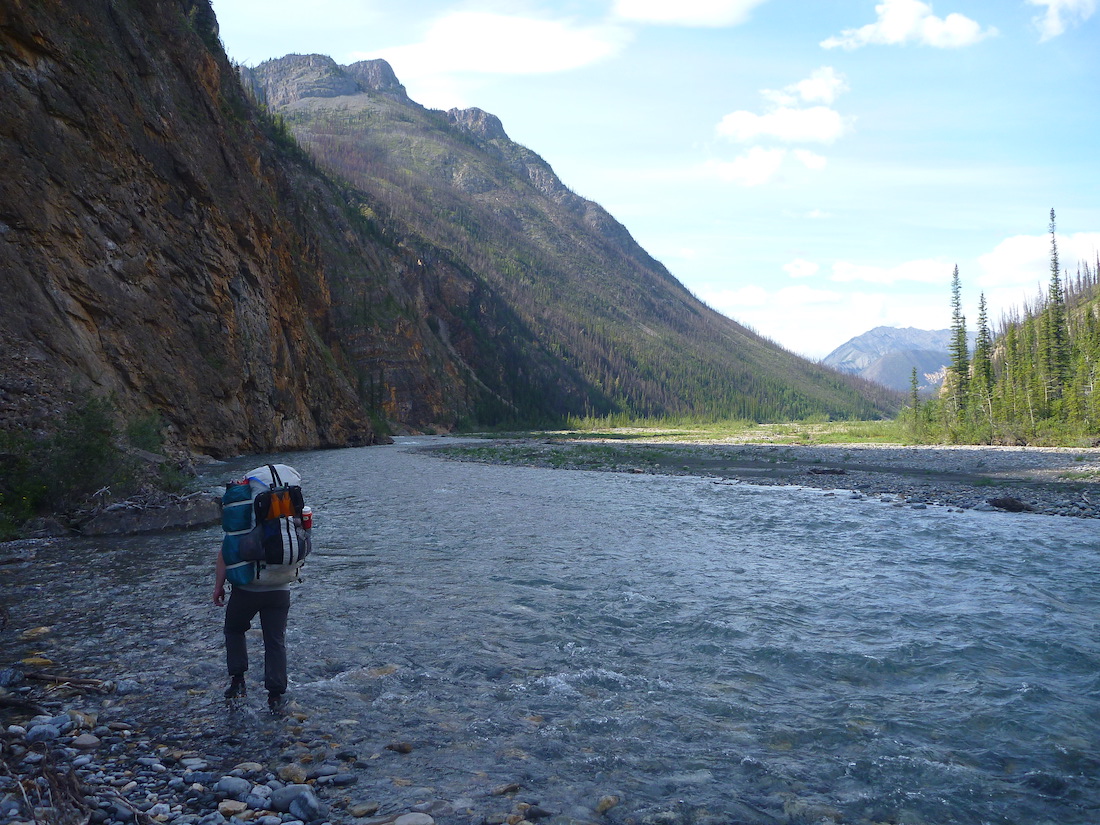 Eventually we camped on a nice flat by the river.  A quick bath in the river and we were lounging by the mids enjoying the evening sun.
The next day found us enjoying more of the same; cruising up the gravel flats, then wading to avoid canyons.  The gravel flats eventually faded out, leaving us following game trails through open spruce forest until finally reaching a nice meadow where we stopped for the night.  Nearby leftover ice sheets kept things cool. 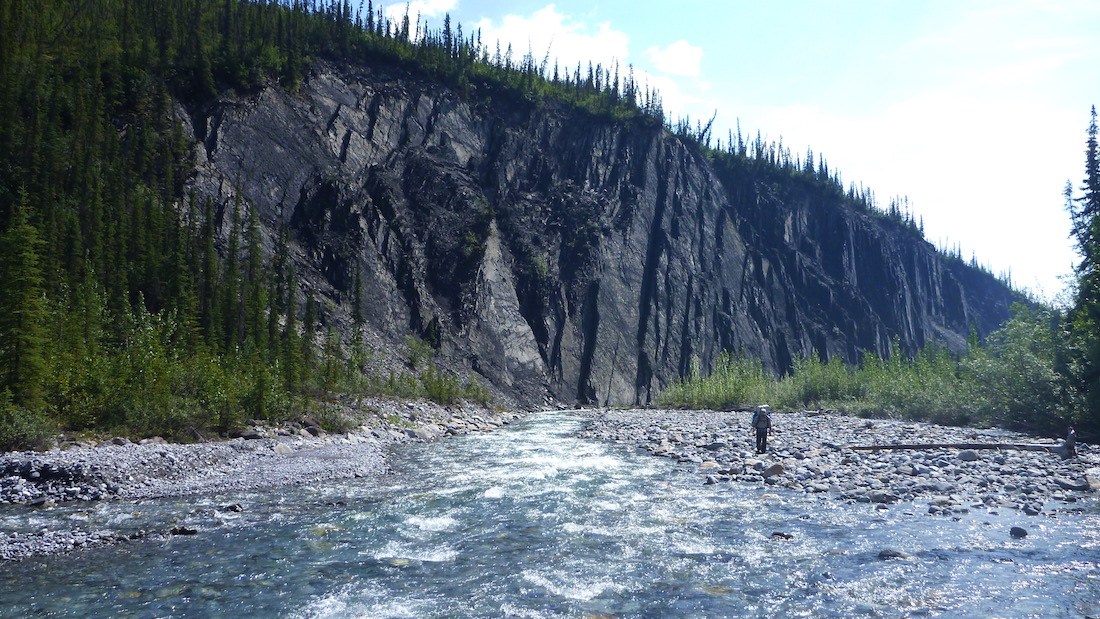 The next day, we ended up bushwhacking over the pass to Flood creeks broad valley.  We tried following game trails through the thick buck brush and willow, but ultimately ended plowing our way through as the animals just didn't seem interested in going where we wanted to. 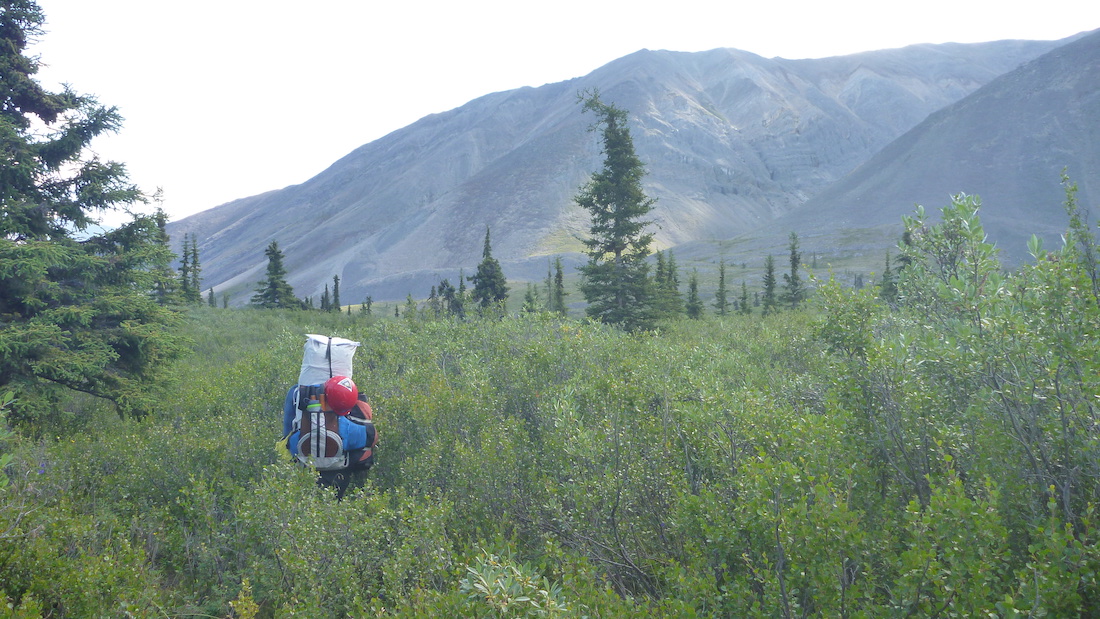 We did finally happen upon an A-1 game trail that dropped us out of the pass and down to Flood creek.  Awesome!
Cruising  up flood creek was a breeze.  And the scenery was pretty great too.  Big limestone peaks with folding were everywhere. 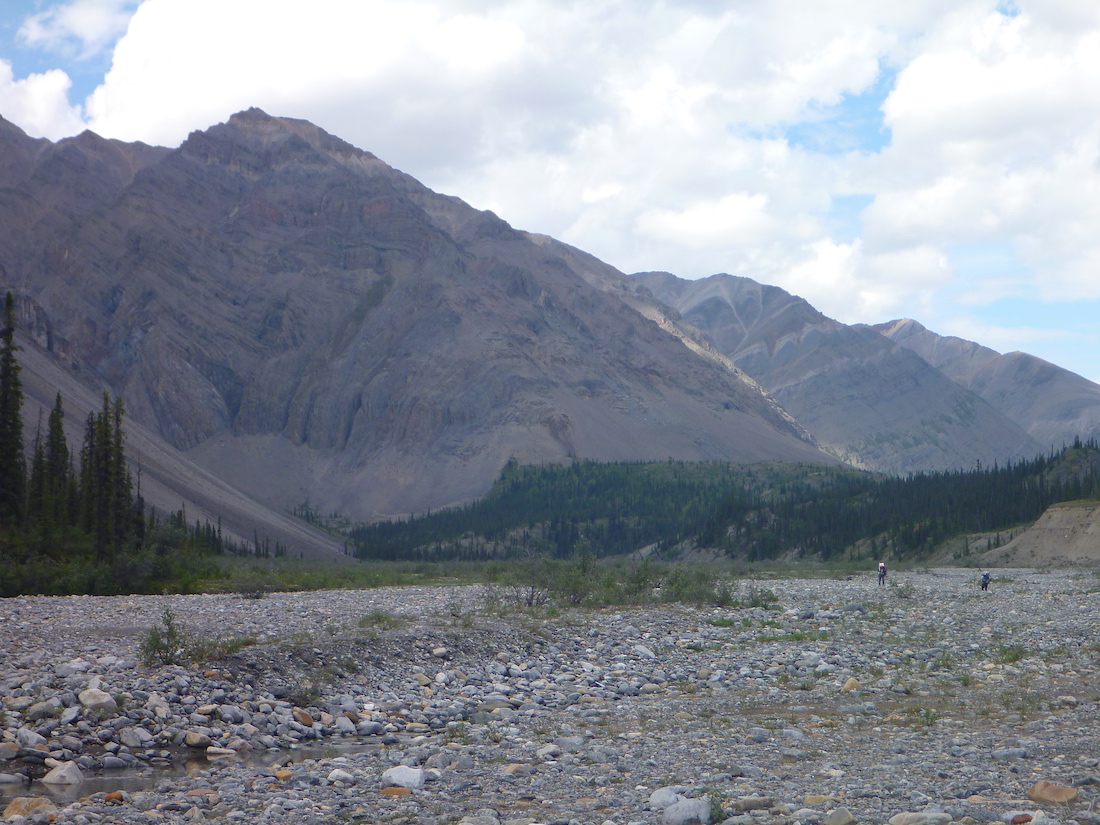 An afternoon thunderstorm moved in just as the creek narrowed into a cool canyon. 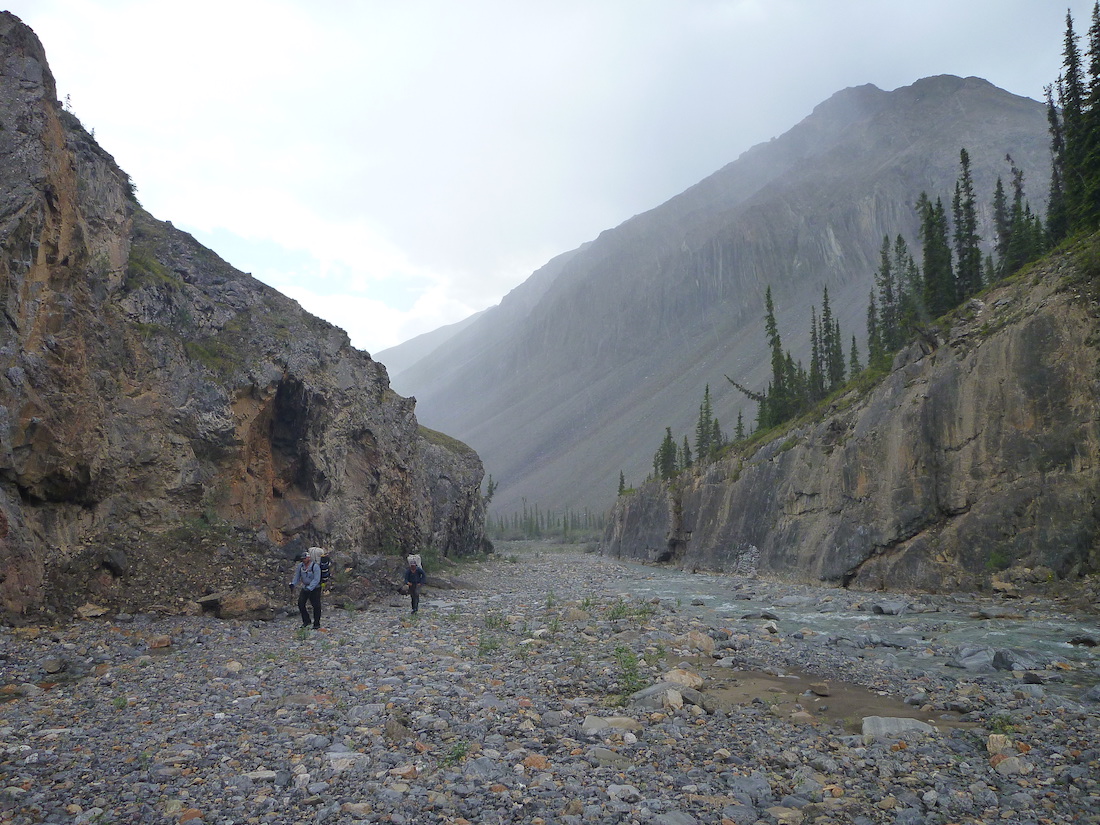 We followed the canyon as it narrowed, alternately wading and walking gravel bars.  Finally, it ended in an impassable, deep slot, so we found an escape ramp and scrambled up steep choss to the top. 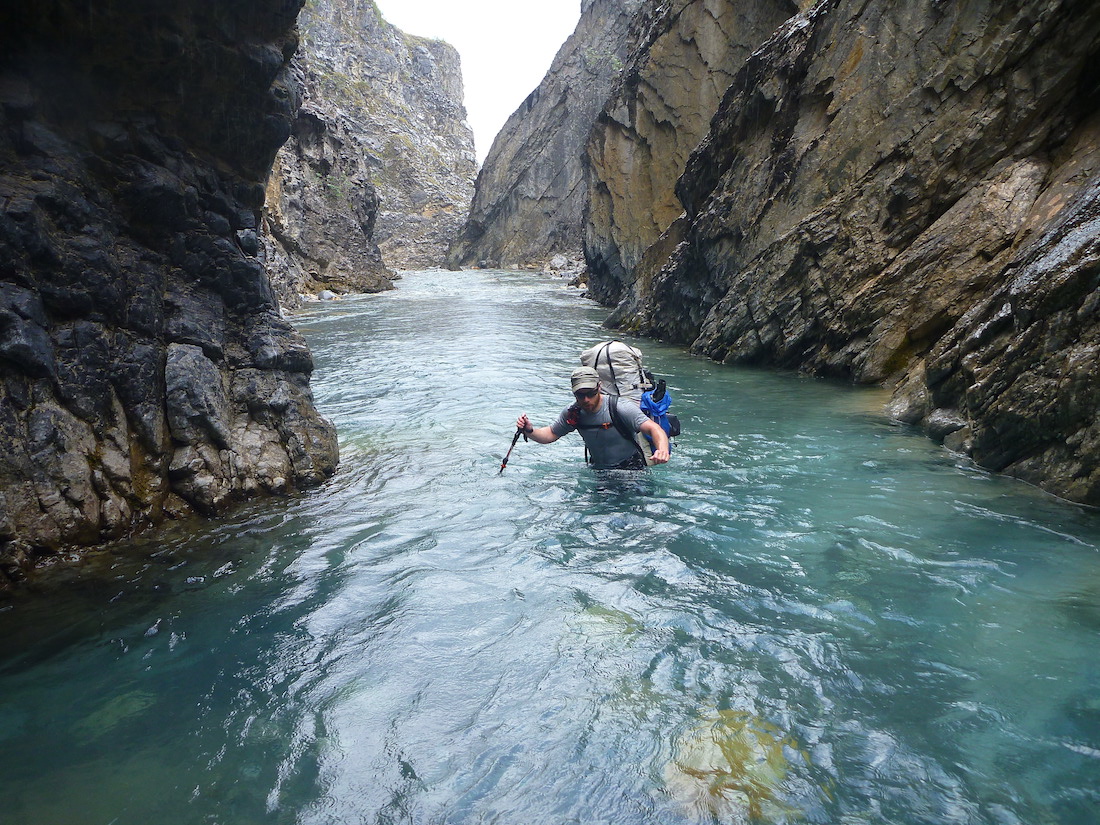 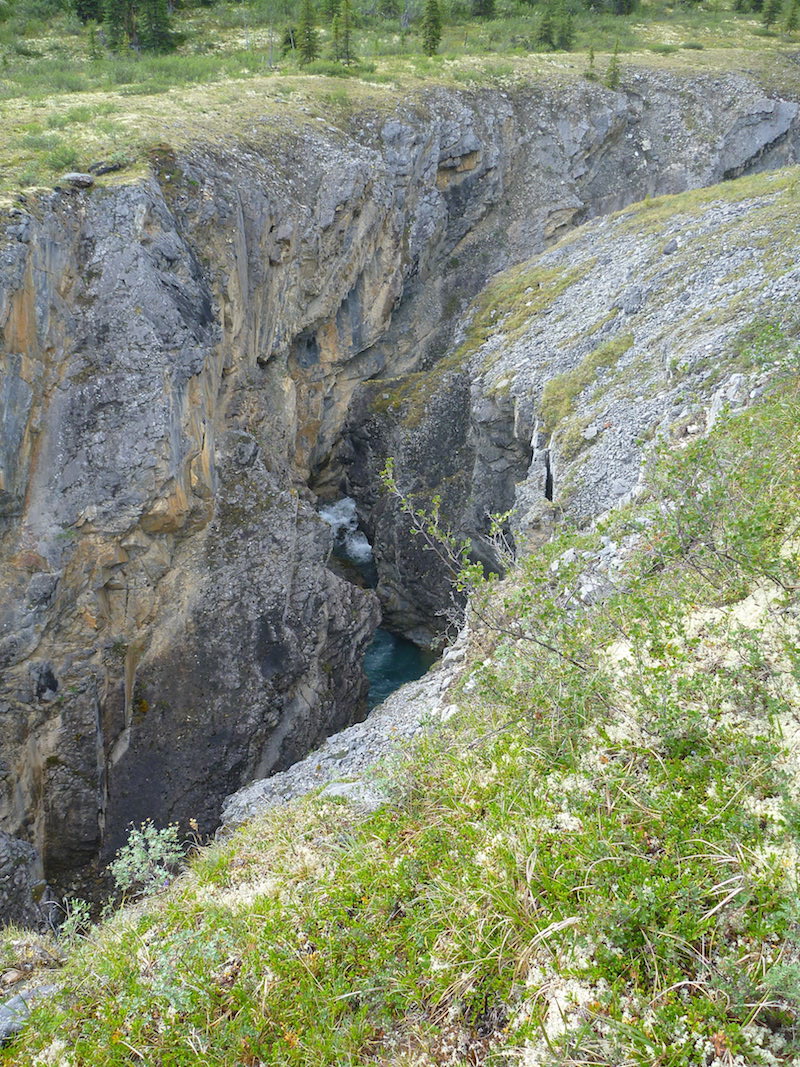 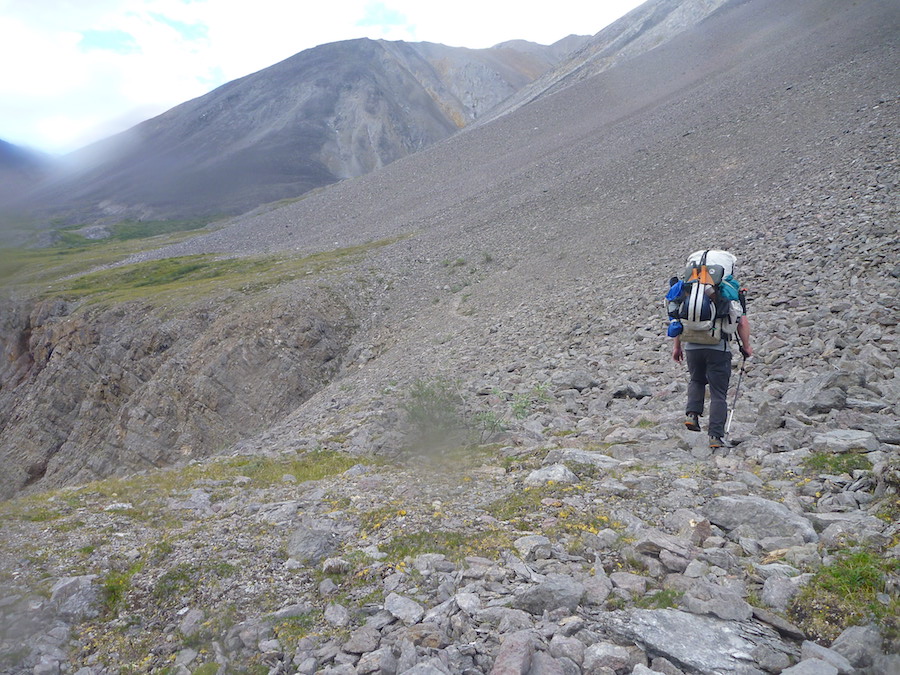 From there it was (mostly) easy cruising on animal trails to a fantastic, mossy campsite nearer the pass. 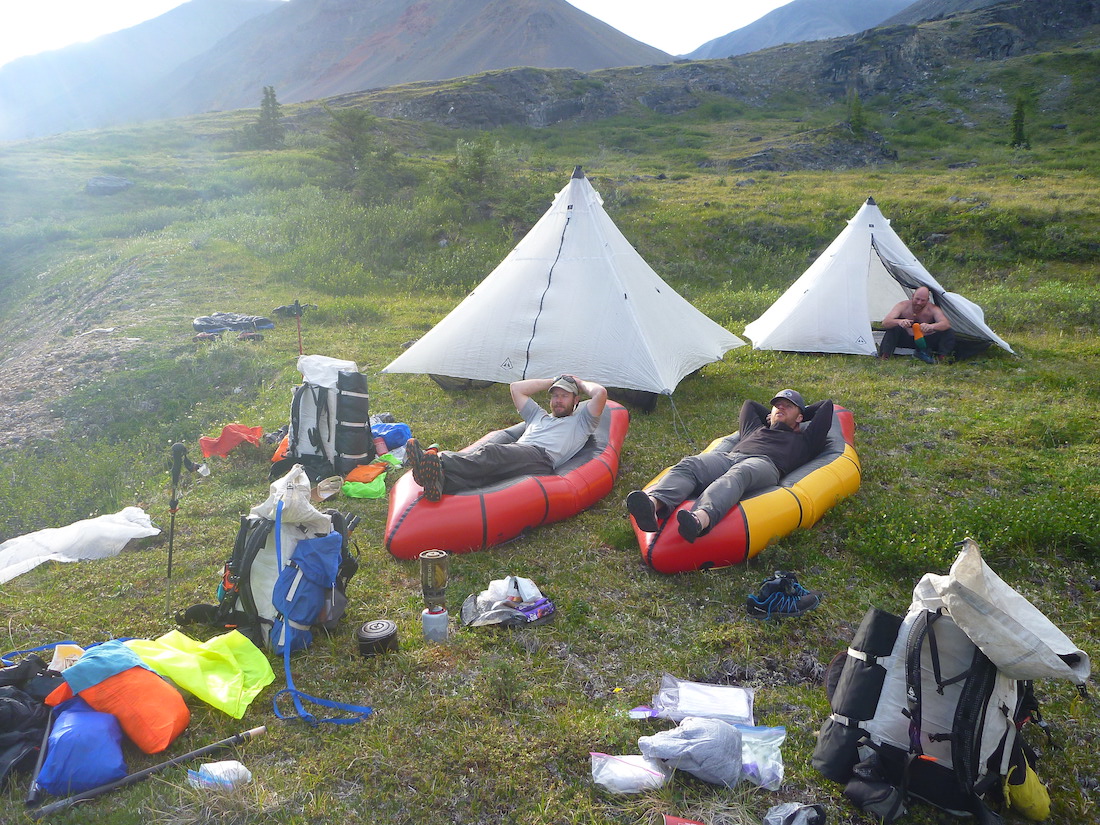 It was a stoked foursome that relaxed in the meadow that night, enjoying the view and bug free evening.
Later, and enormous thunderstorm rolled through and entertained us with torrential rain and uncomfortably close lighting hits.  This storm heralded changing weather, and the morning revealed overcast skies with rain threatening.
We moved over the pass the next day, enjoying fine hiking on limestone terrain.  We found a cool lake complete with its own duck population. 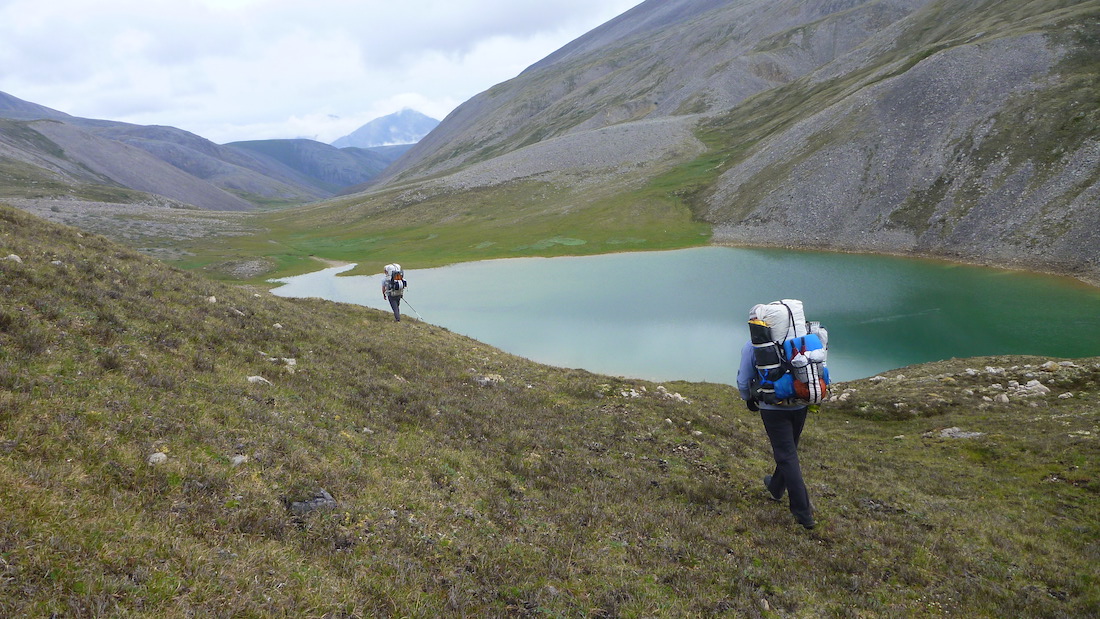 This was the headwaters of Thundercloud creek, and we followed it down on intermittent animal trails.  We kept picking up streams, but the creek kept braiding out and never really got to a point that we considered blowing up. 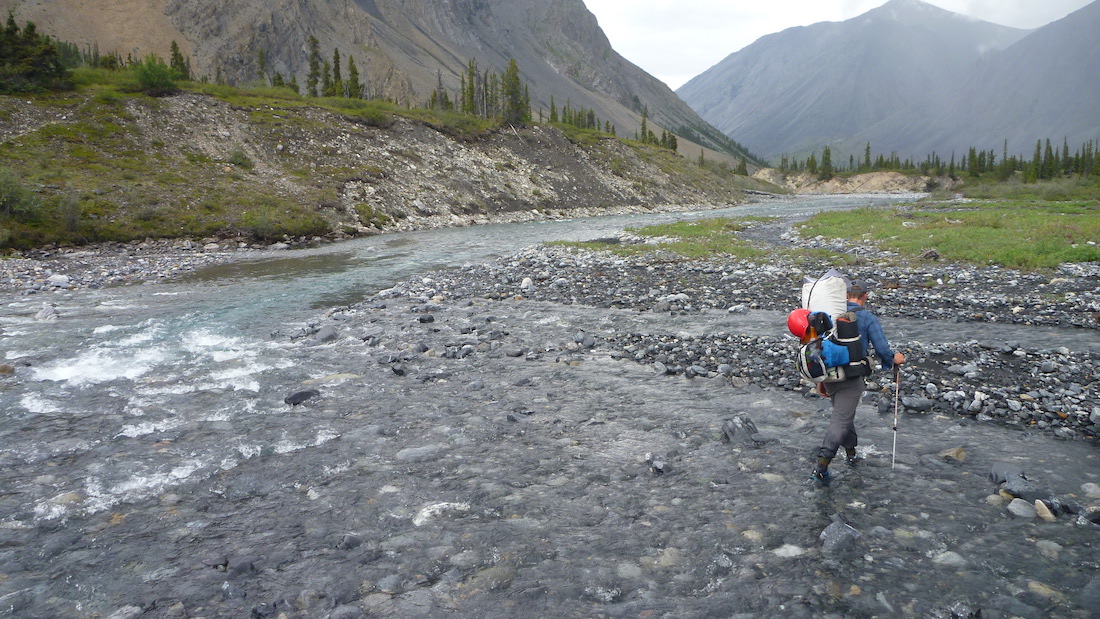 A heavy afternoon thunderstorm had us throwing up a tarp for some down time.
From there, we followed an animal superhighway all the way down to the broad valley where Thundercloud creek picked up a major western tributary, feasting on blueberries along the way.  We found a cool warm springs that unfortunately did not form a pool. 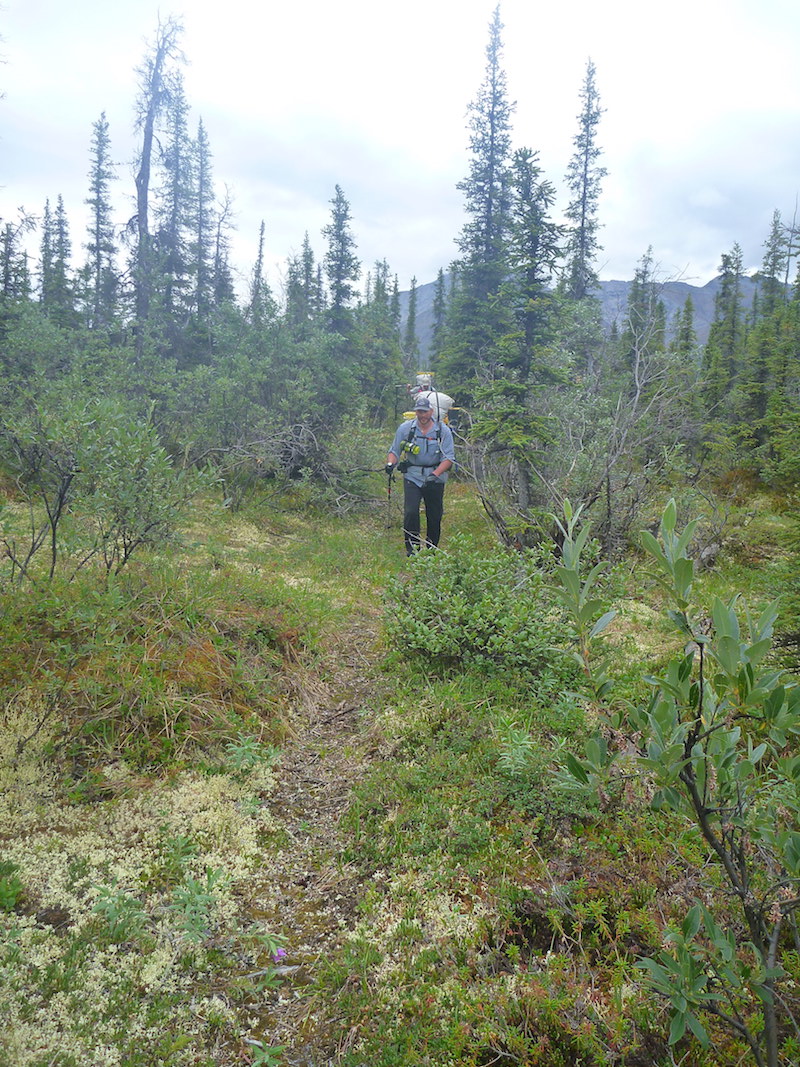 Once out on the flat valley bottom, we blew up while trying to hide from the worst mosquitoes of the trip. 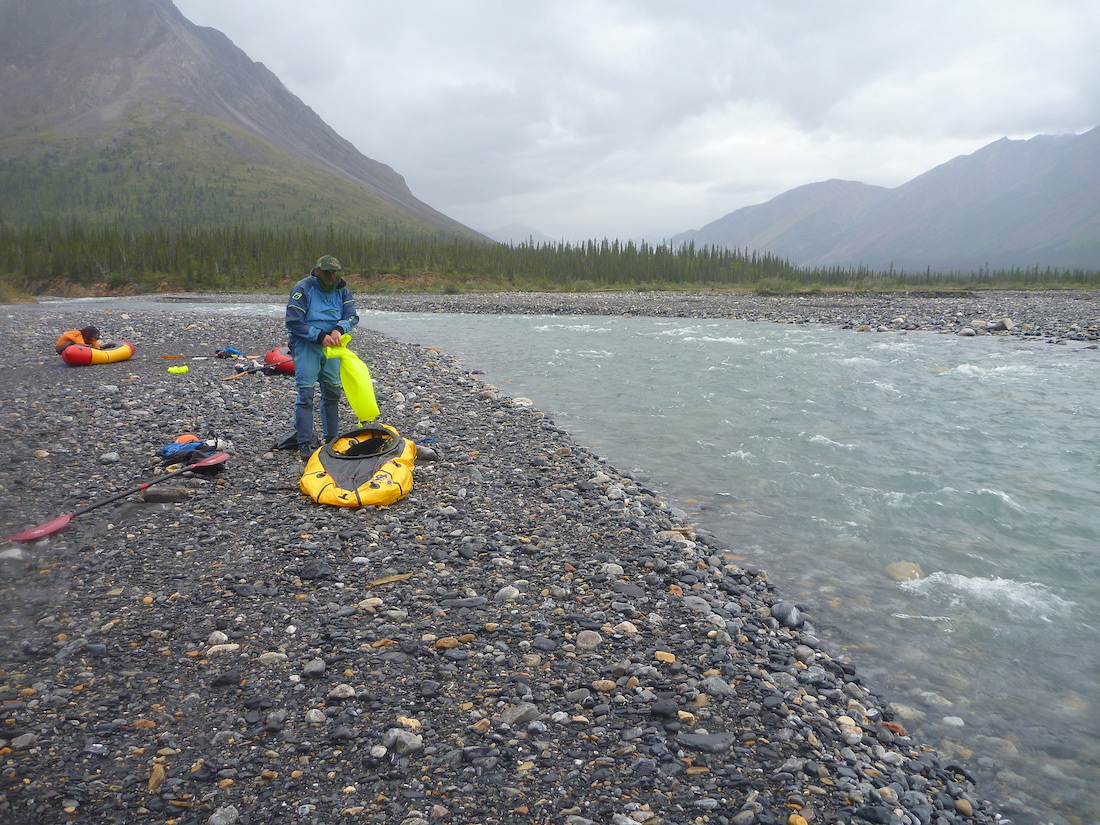 The last few kms of the hike skirted the edge of an interesting canyon that the creek (at this point more of a small river) flowed through.  It was late enough in the day, and appeared daunting enough that we didn't bother blowing up and trying to run it.
At this point, we could smell the Mackenzie and wanted to get cracking.

Posted by Paul Christensen at 9:18 AM