Up to this point, while things had gone well, one problem we had been encountering with the heavy loads was that while Paul and Dylan in their new Gnarwhals were riding high and proud, Sky and myself, in our older Llamas, were dragging.  A lot.

We had heard through social media that the Black Wolf had torn open one of the boats of our American friends, on sharp rocks.
With our Llamas scraping along, and with generally lower water levels, Sky and myself offered an alternative plan to the others, where we would carry pretty much everything, thus enabling Dylan and Paul in their Vectran Gnarwhals to go super light and fast on the Black Wolf.
So while Paul and Dylan packed up and hit the trail to Grizzly lake (and hot springs...), Sky and I stayed the night then had a fun paddle down the next day to the mouth of the Black Wolf. 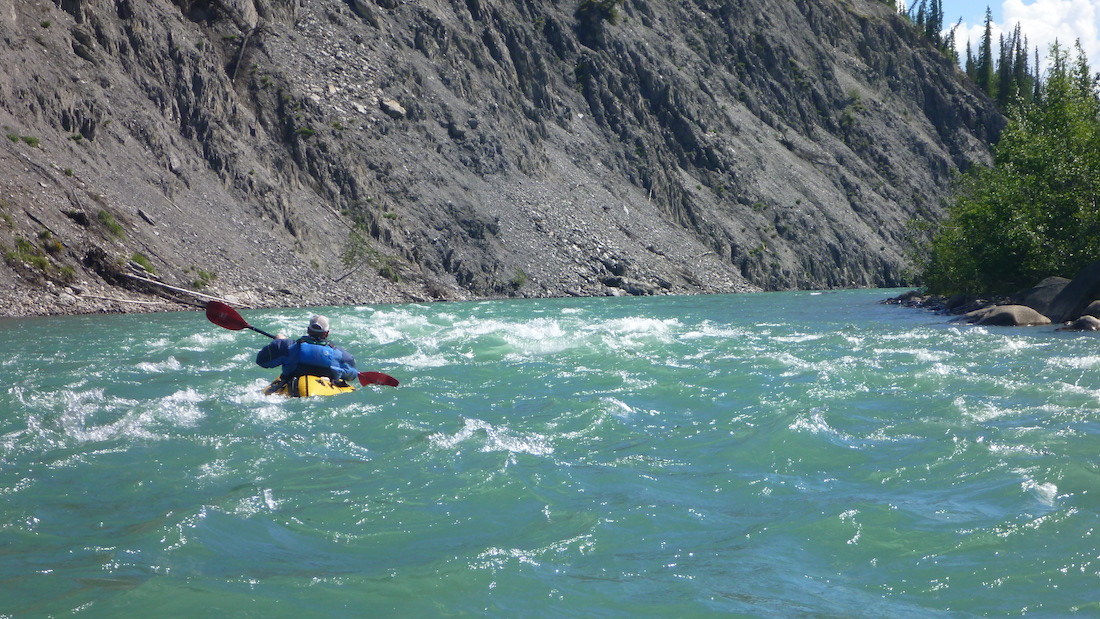 Did I mention that the mouth of Grizzly creek has a 5 star camp site? 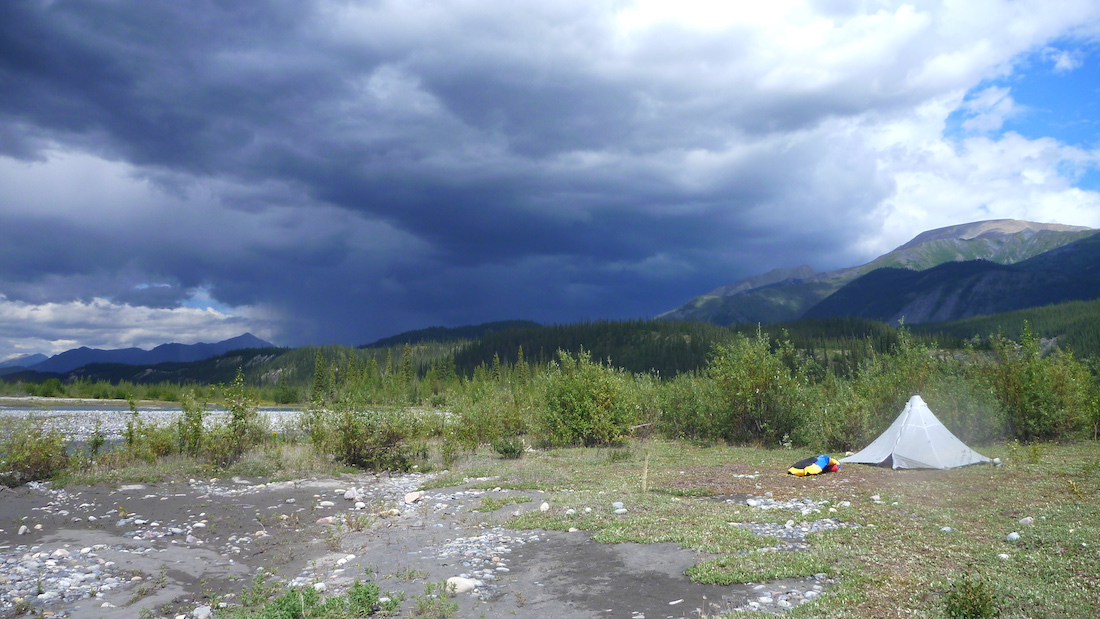 In the end, Sky and I were a bit bummed not to paddle the Black Wolf, but it was the best decision overall.  Paul B and Dylan had a good trip down, unencumbered with extra gear and food, and managed to enjoy some of the Black Wolf. 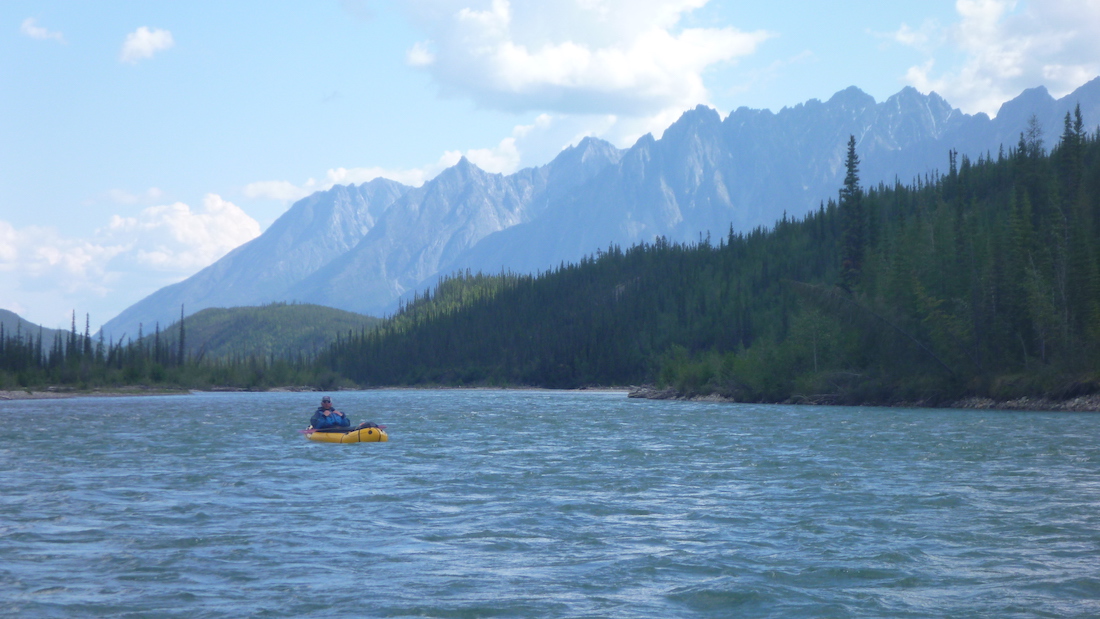 I'll let Paul narrate THAT story over at his exposure site, as there is a tale to tell.
We had incredible sunny, warm weather that day and the next, and after a lazy day at the mouth of the Black Wolf, two Gnarwhals, only slightly worse for wear from their wolf encounter, bobbed into site.
After a relaxing night, we packed up early and hit the Broken Skull for the South Nahanni, which was only a few kms downstream. 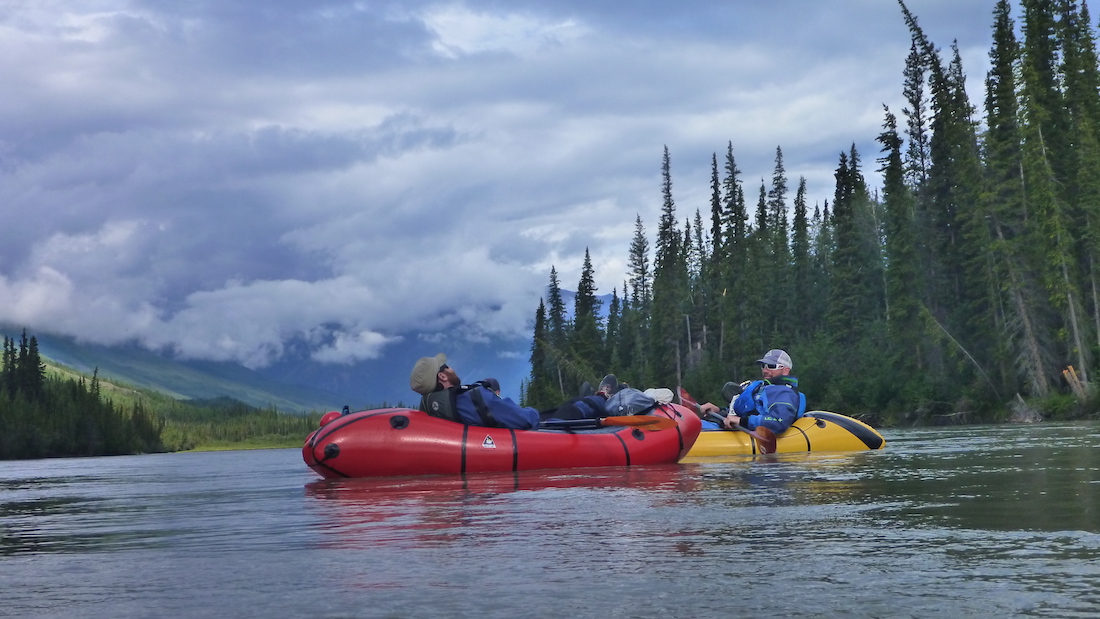 We had about 90km to put in that day to make it to Hell Roaring creek and the next hiking portion of the trip, but a slowing river necessitated a buggy camp on a small creek. 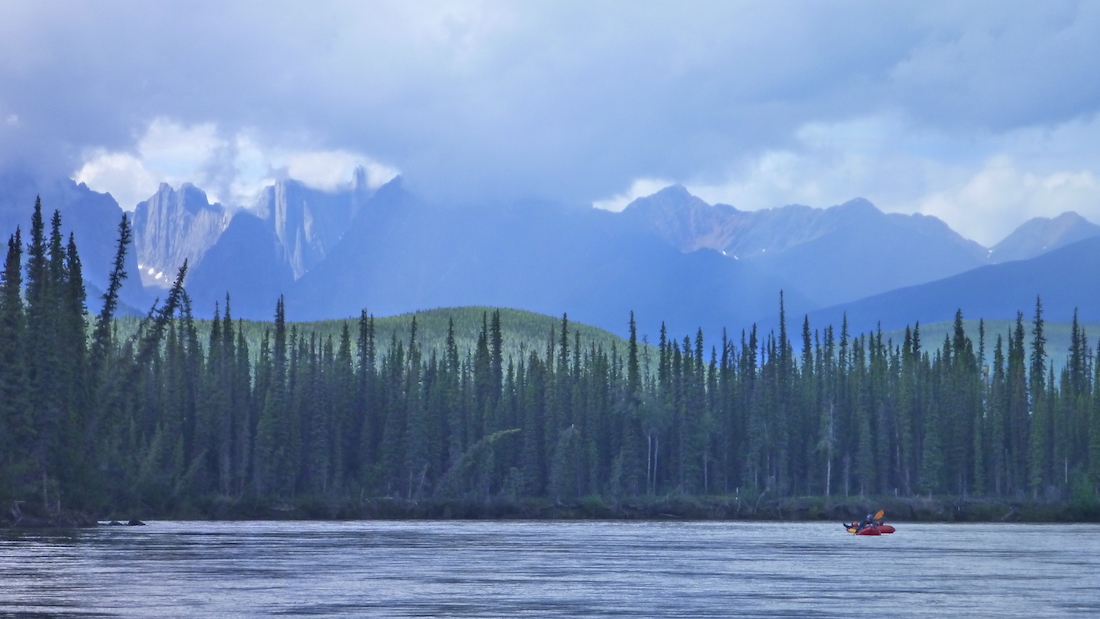 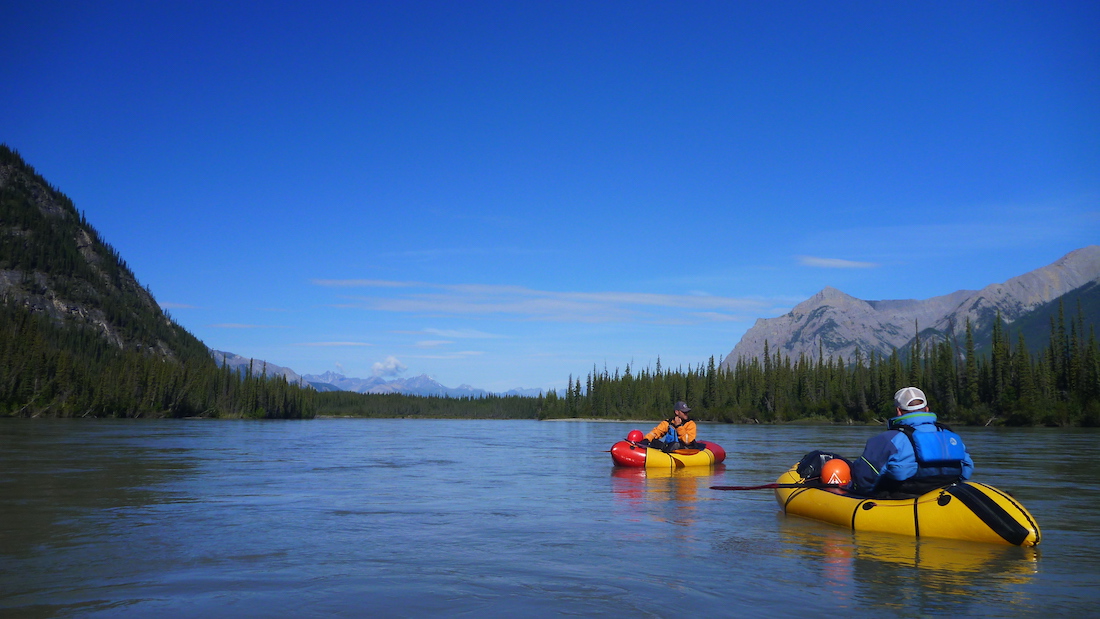 Another to sunny day loomed as paddled onto the gravel of Hell Roaring creeks alluvial fan, where we had a swim, sorted gear and made ready for the longest hiking section over to the headwaters of Thundercloud creek, and the gateway to the Makenzie.

Posted by Paul Christensen at 6:18 PM