Another creek that has been begging for a pack raft trip.  Arkell creek.
Flows into the Ibex near its confluence with the Takhini.  We'd wondered about if for years.
Last weekend, that itch was scratched.
Anthony, Paul B, Dylan, Rob and myself headed into the Ibex valley last Sunday to give it a go.  Had a false start when Robs Frontier found the biggest ruts to fall into.  Fortunately, Mario lives nearby, and Mario has The Goods.
He very handsomely leant one of his many monster F-350 4x4s, and in short order the beast had yarded out the wee Nissan.
Back on track, we continued on and found the old horse trail.  Pleasant walking had us down to the Ibex lickety split.
We followed the horse trail up Arkell creek after first verifying there was actually water in the damned thing. There was, barely.  But at some point, man had that thing been in flood.

The horse trail was very well defined and offered fast walking up the Pine flats next to the crick.
Eventually the crick narrowed and steepened as we got into the mountains.  Lots of griz sign. 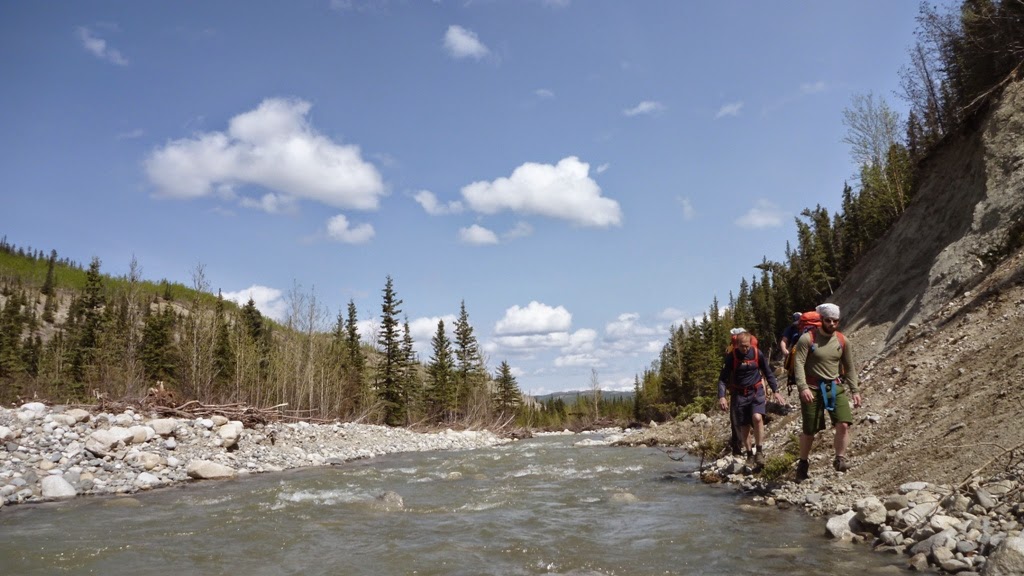 As I said, there was enough water, barely.  We blew up at a point where the creek upstream looked just too bouldery.
The water was actually pretty deep, but the boulders were plentiful and large, so we pumped up the seats extra full. 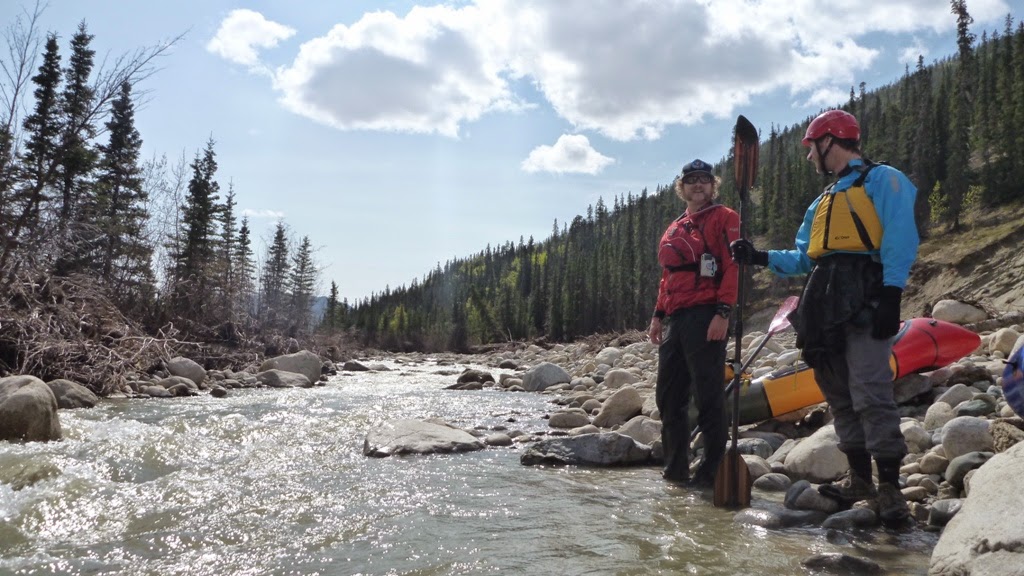 We had great fun bouncing and splashing down.  A couple of corners were spicy enough to keep your attention. 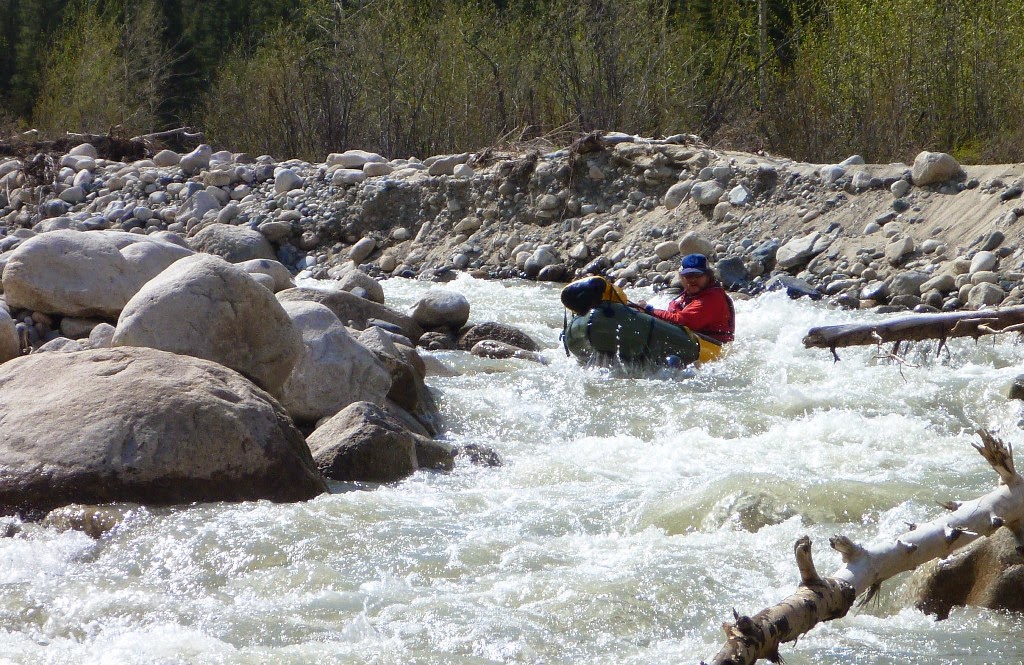 It would be fun to go back with another foot in it.
Posted by Paul Christensen at 9:59 PM