The O'Donnell is a cool little river near Atlin BC.  The lower run, which is by far the most popular, is a fun river for tandem canoes, with lots of tight maneuvering in rock strewn canyons.  Log jams can and do add to the challenge.
I have paddled the lower run numerous times in a 16' Mad River Freedom, but never checked out the upper run.  Rumors had it as class III in tight canyons, a bad run for canoes.
We thought it sounded great for a pack raft run.
Run-off water levels are essential for the O'Donnell, as it is a low volume river with lots of rocks.  Other rivers are running strong right now, so we figured it was time to take a drive to Atlin.
The same cast of characters from the Arkell trip met up at Warm bay south of Atlin on Friday night.
We piled into Tony's trust FJ and made the drive in to the upper river put in.  The roads in good shape right now with minimal mud and only one nasty wash out which is easily navigable with care.
We had one casualty on the way in. 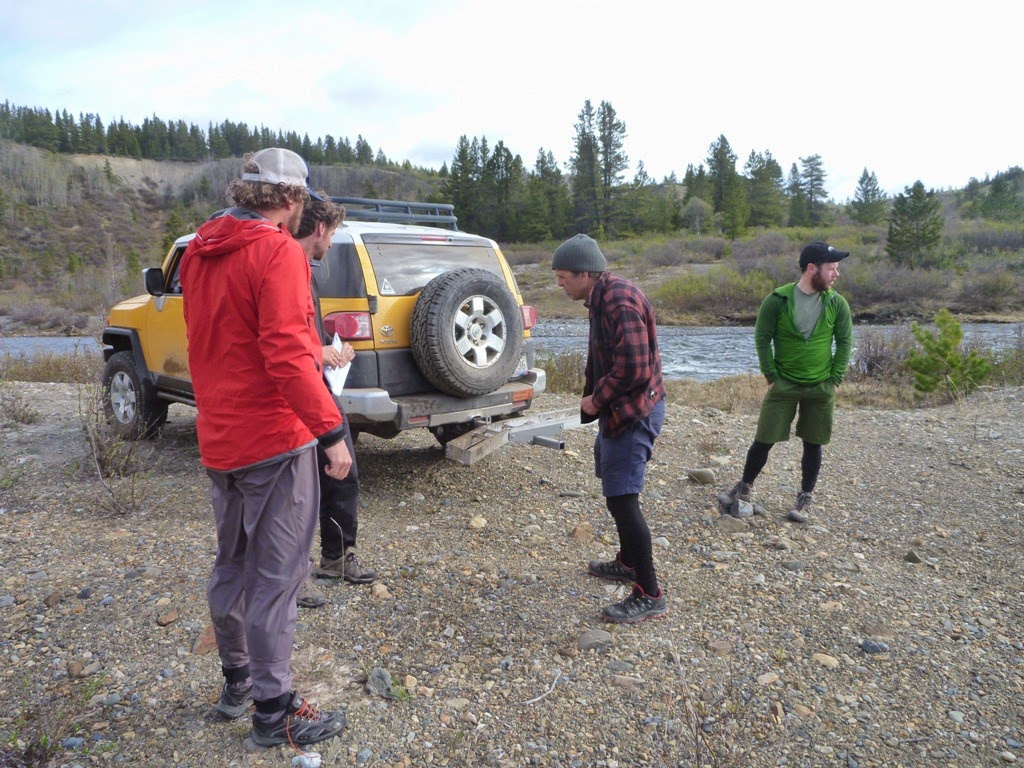 We blew up in a stiff, cold south wind and hit the river.

It winds though really cool meadows with the odd old placer mine (and associated old equipment) along the banks.  In short order you hit the beginning of the canyon section, with the odd rock and ledge appearing.
Apologies for poor image quality, lots of water on the lens. 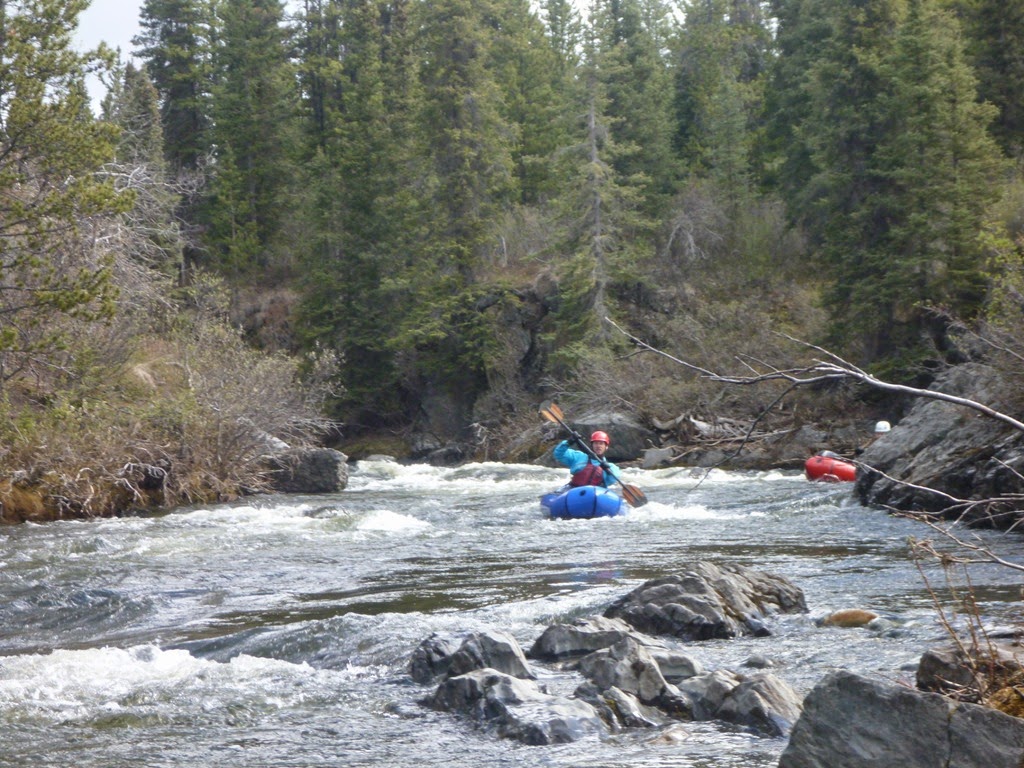 The next few Kms down to the lower put in are super fun. 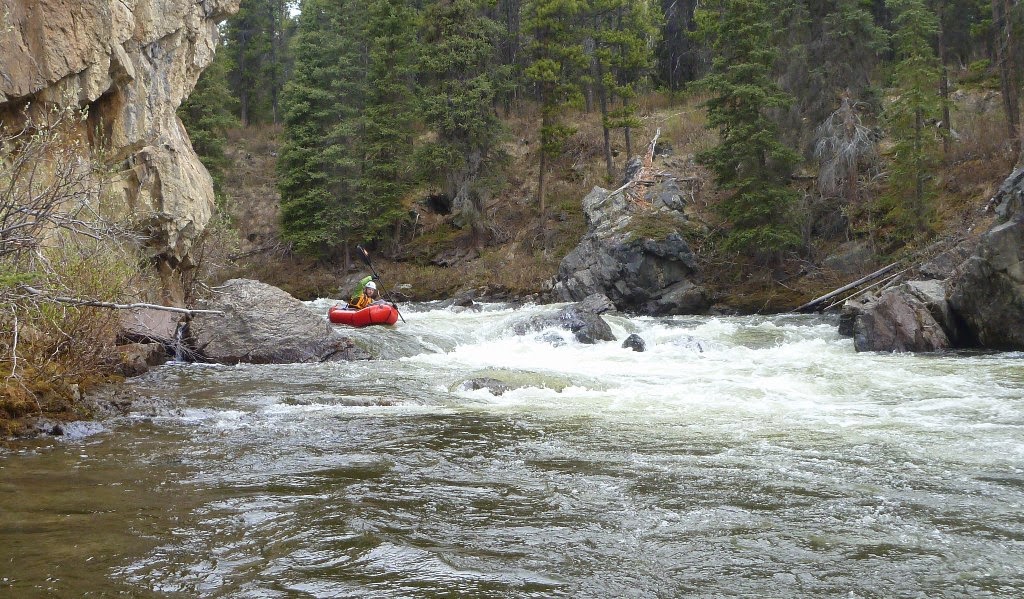 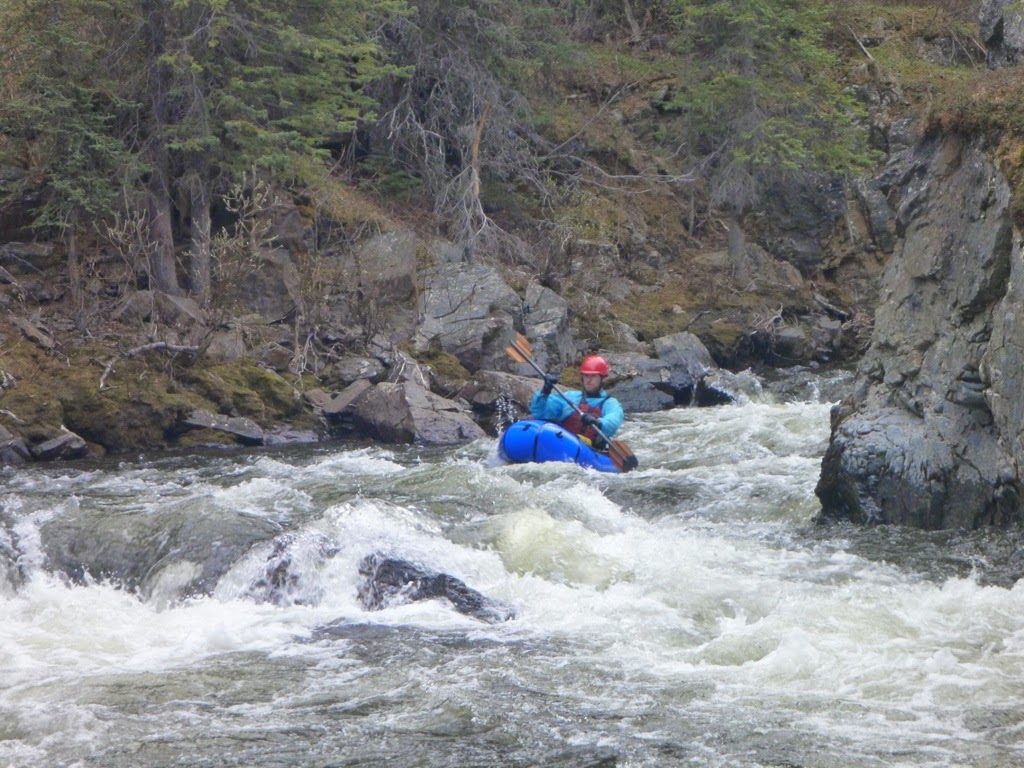 We scouted two blind corners with lots of rock in them, but  all the drops and rapids are really clean with no wood.  If I run it again this summer, I wouldn't scout at all.  Always wise to check for wood after any high water event. 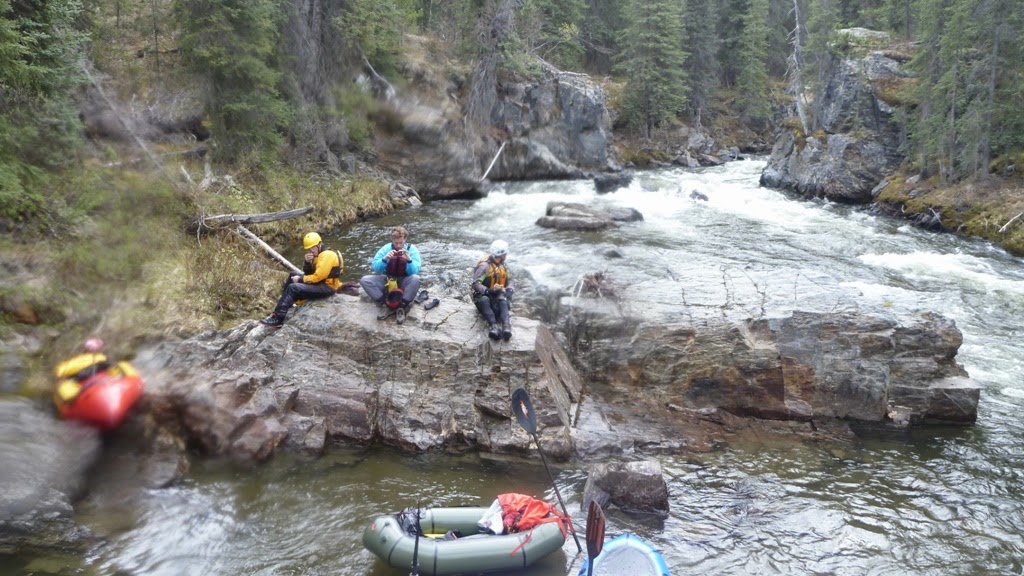 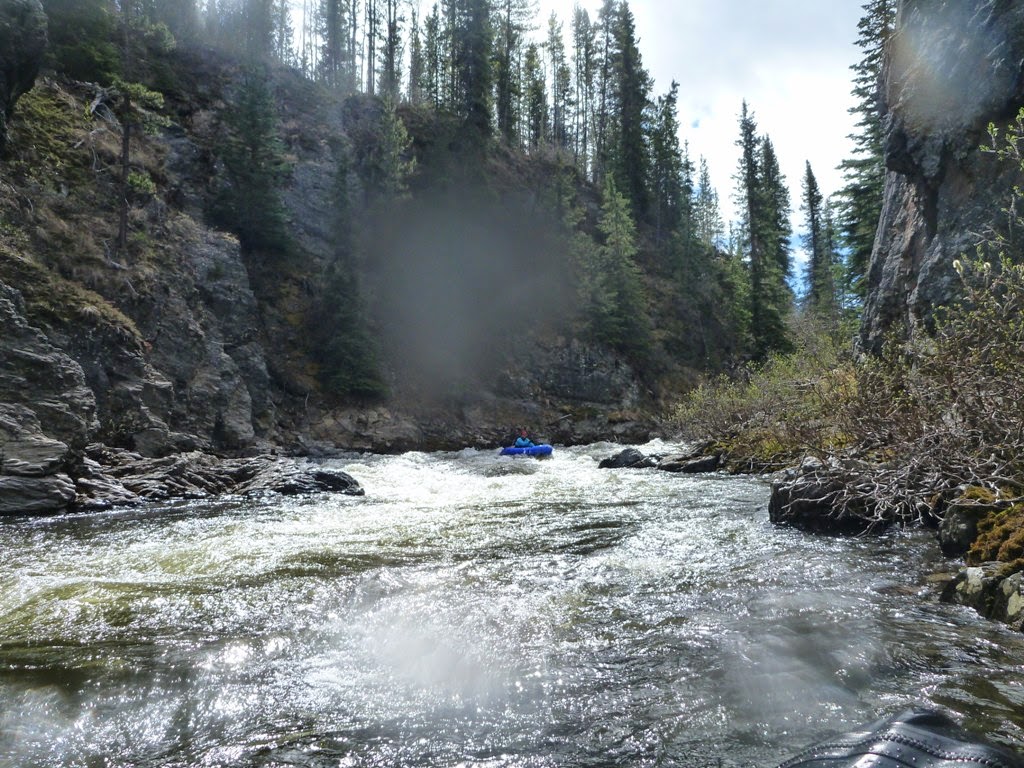 It was over too soon, and we passed the lower put in and were on the lower run.
The river stays fast though, and with the odd rock to dodge, you soon hit the first of the smaller canyons.
One has a nasty log across it that while not terribly life threatening, ruins the good line.

A fun rocky traverse allowed us to avoid the portage along the canyon rim. 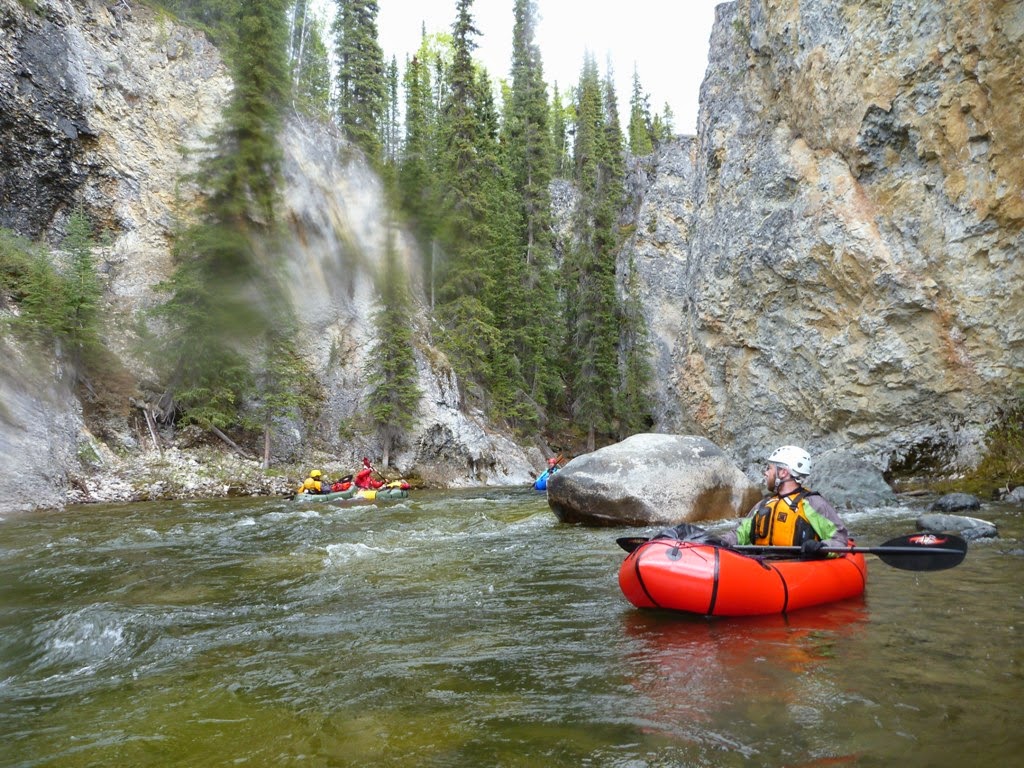 The lower portion of the river near Atlin lake has tons of log jams which suck with a canoe, but are speedily dealt with carrying only a PR.
We hit the lake at 5:30 and paddled back to Warm bay under sunny skies and in 5' swells.
Awesome day trip. 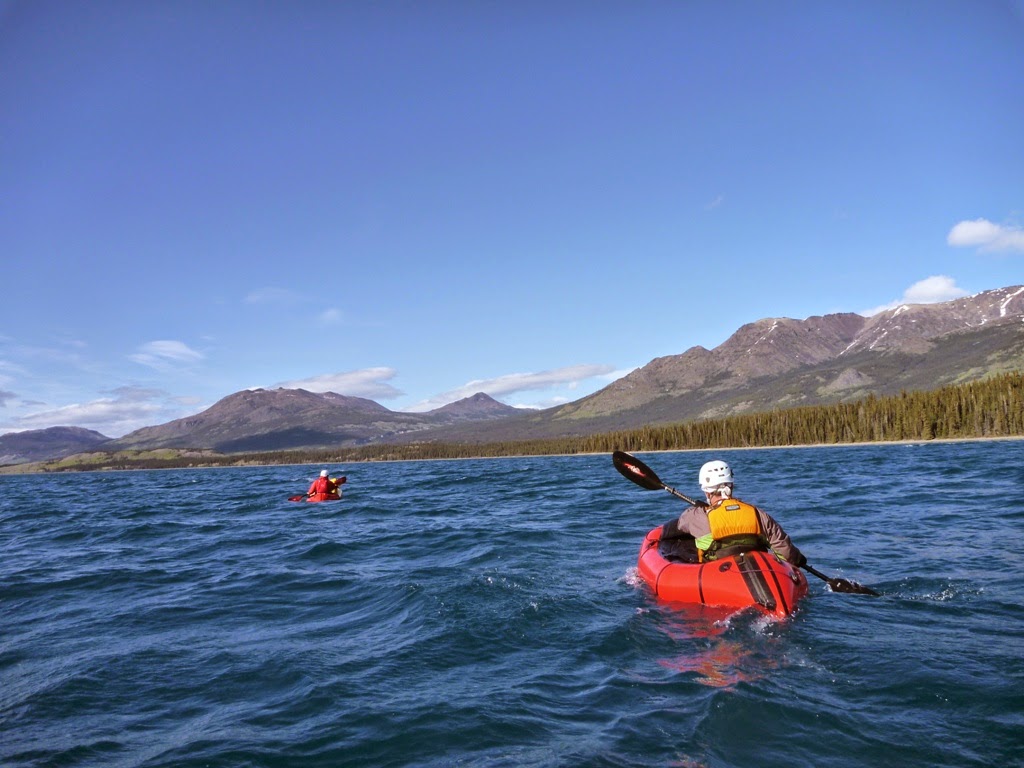 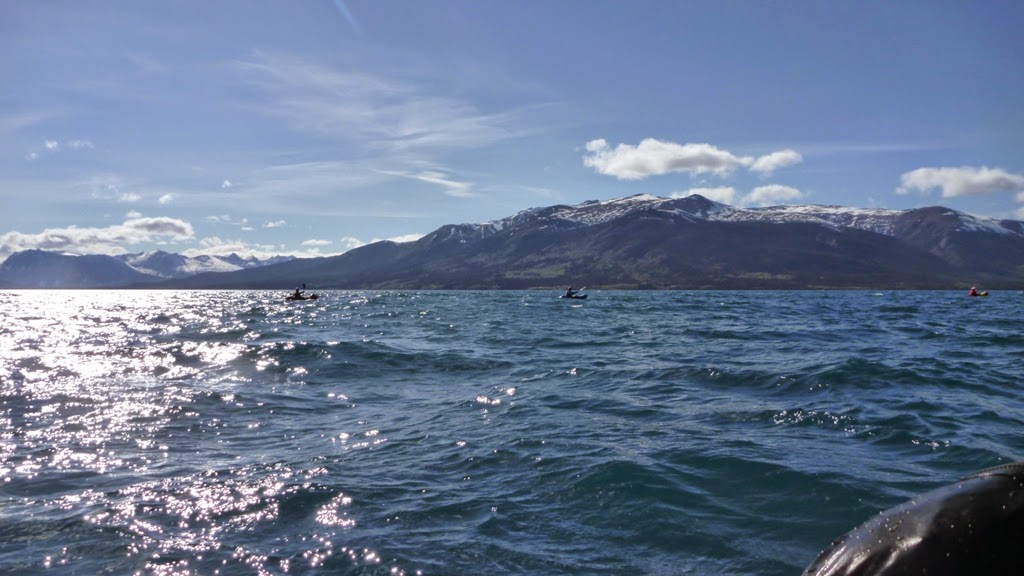 Posted by Paul Christensen at 1:10 PM